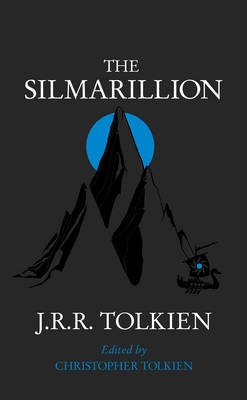 Tolkien's epic legendary precursor to The Lord of the Rings, detailing the myths and legends of middle-earth

The Silmarilli were three perfect jewels, fashioned by Feanor, most gifted of the Elves, and within them was imprisoned the last Light of the Two Trees of Valinor. When the first Dark Lord, Morgoth, stole the jewels and set them within an iron crown in the impenetrable fortress of Angband, Feanor and his kindred took up arms against the great Enemy and waged a long and terrible war to recover them.

The Silmarillion tells the story of the rebellion by Feanor?s allies against the gods, their exile from Valinor and return to Middle-Earth. It is the history of the heroic First Age in Tolkien?s world, the ancient drama long before the time of The Hobbit and The Lord of the Rings.

The cover of this edition of The Silmarillion shows J.R.R. Tolkien?s own painting from July 1928, Halls of Manwe on the Mountains of of the World above Faerie. The painting shows the mountain Taniquetil, raised by the Valar in the east of Valinor as a defence against Melkor, at a time after the Two Trees had been destroyed. The slopes on one side of the great mountain are bathed in sunlight, while those on the other side shine more coldly in the light of a crescent moon. On the height of the mountain, Manwe and his spouse Varda dwelt in a house of white and blue marble upon a field of snow, and their halls are depicted in a glow of light at the summit. At the foot of the mountain is one of the towns of the seafaring Elves, the Teleri, and two of their ships are under sail, each with a carved prow like the upheld neck of a swan.

The press:
?How, given little over half a century, did one man become the creative equivalent of a people??
- Guardian

?At times rises to the greatness of true myth?
- Financial Times

?A creation myth of singular beauty ? magnificent in its best moments?
- Washington Post