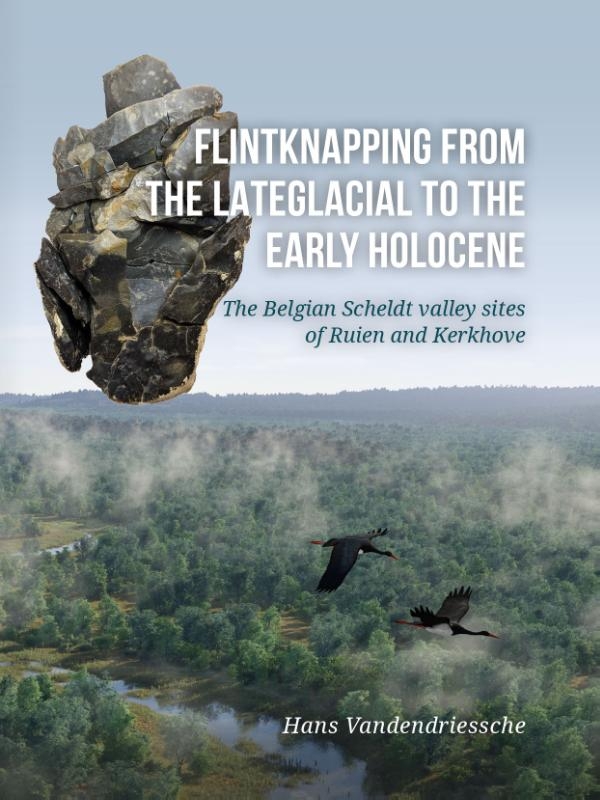 Hans Vandendriessche
Flintknapping from the Lateglacial to the Early Holocene
The Belgian Scheldt valley sites of Ruien and Kerkhove
€ 70.00
Levertijd: 5 tot 7 werkdagen

This book discusses the lithic technology of the neighboring sites of Ruien and Kerkhove (Belgium). The Final-Palaeolithic occupation of Ruien took place during the harsh climatic conditions of the Younger Dryas. The Early and Middle Mesolithic hunter-gatherers from Kerkhove on the other hand lived in the temperate and forested environments of the subsequent Early Holocene period. The aim of this work is more precisely to gain a better understanding of how the practice of flintknapping evolved throughout this time period. Should we describe it as a period of long-term stability or as a period of technological rupture and innovation? Can we pinpoint precise moments of change and how are these changes expressed? In the raw material procurement strategies? In the knapping methods or knapping techniques? Or even in the spatial organization of technological behavior at the sites?

To provide an answer to some of these questions, the lithic artefacts of Ruien and Kerkhove have been subjected to a detailed analysis, among others by means of lithic refitting. For Ruien, the refitting demonstrates an early adoption of some of the knapping procedures considered typical for lithic industries occurring at the end of the Younger Dryas and the beginning of the Holocene. For the Early Mesolithic of Kerkhove, based on the presence of more elaborate chaînes opératoires, the refitting results advocate a greater affinity with Final-Palaeolithic traditions than often acknowledged. Finally, the analysis also yielded important new results for the Middle Mesolithic, that remained poorly known at a technological level until now. During the latter, the Rhine-Meuse-Scheldt (RMS) area sees the introduction of new knapping methods, knapping techniques and knapping objectives marking a clear rupture with the preceding periods.