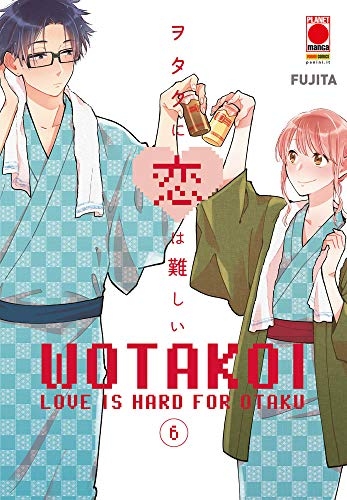 A tall, quiet gamer boy and a geeky girl whose life revolves around yaoi manga are old friends, but when they start working in the same office, they decide to date. It's a relationship of convenience at first, but could it become something more? This manga comedy is now a hit streaming anime! Final volume! Narumi and Hirotaka are, by all appearances, a power couple. They're young, good-looking professionals. But they have secrets from everyone but each other :They're serious geeks! Narumi is a fujoshi, and Hirotaka's a hardcore gamer.

Their sweet, awkward love story started life as a webcomic before becoming a full-blown manga series by popular demand, and is about to become a major anime series!