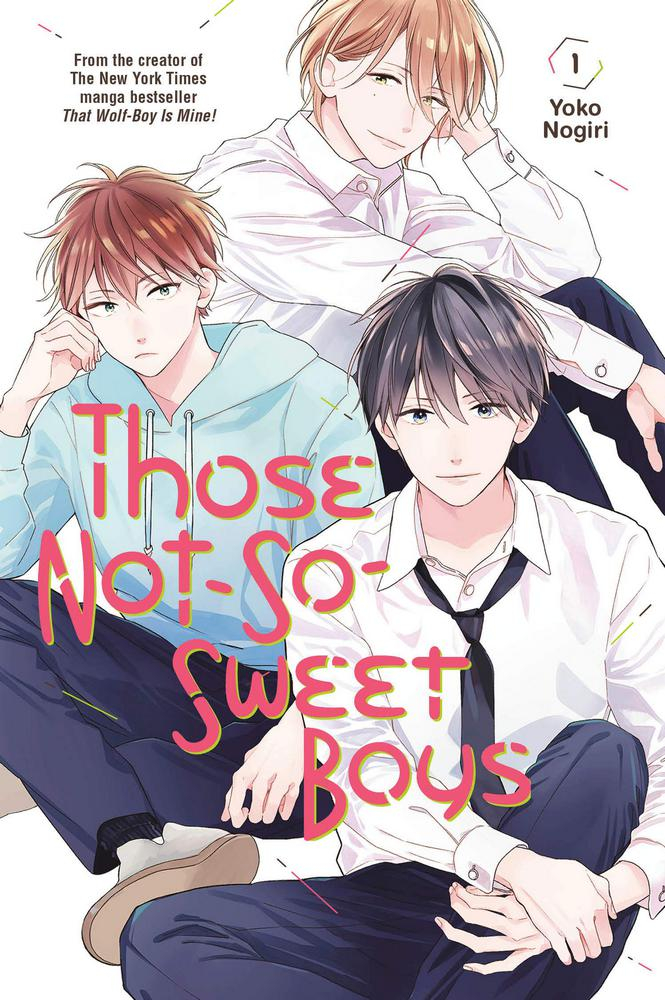 From the creator of That Wolf-Boy Is Mine! and Love in Focus comes a story of a hard-working high schooler who falls for a bad boy, and discovers that the the lives of him and his friends are nothing like what she imagined. Don't miss Yoko Nogiri's newest shojo hit!

A Debt OWED
Midori drops her wallet on her first day of high school, but her new classmate Ichijo swoops in to help. 'she wants to thank him, but he&amprsquos part of a tight-knit trio and none of them are ever in class! Rumor has it that they all got expelled for acting up, and studious Midori&amprsquos actually at risk of expulsion, too&amphellip In order to help support her family, she has a part-time job, which is against the school rules. When the chairman of the school board catches her leaving work, he says he&amprsquoll let it go&ampmdashbut only if she&amprsquos up to the task of bringing the three boys back to school.

Midori is a high-schooler with a part-time job at a caf&ampeacute-bar. Unfortunately, her job's against the rules at her school, and when the chairman of the school board finds out, he makes her a deal :Convince three boys who've stopped coming to school to return, and her transgression will be overlooked. Now, she needs to find a way into the lives of these not-so-sweet boys... one of whom just happens to be her crush!