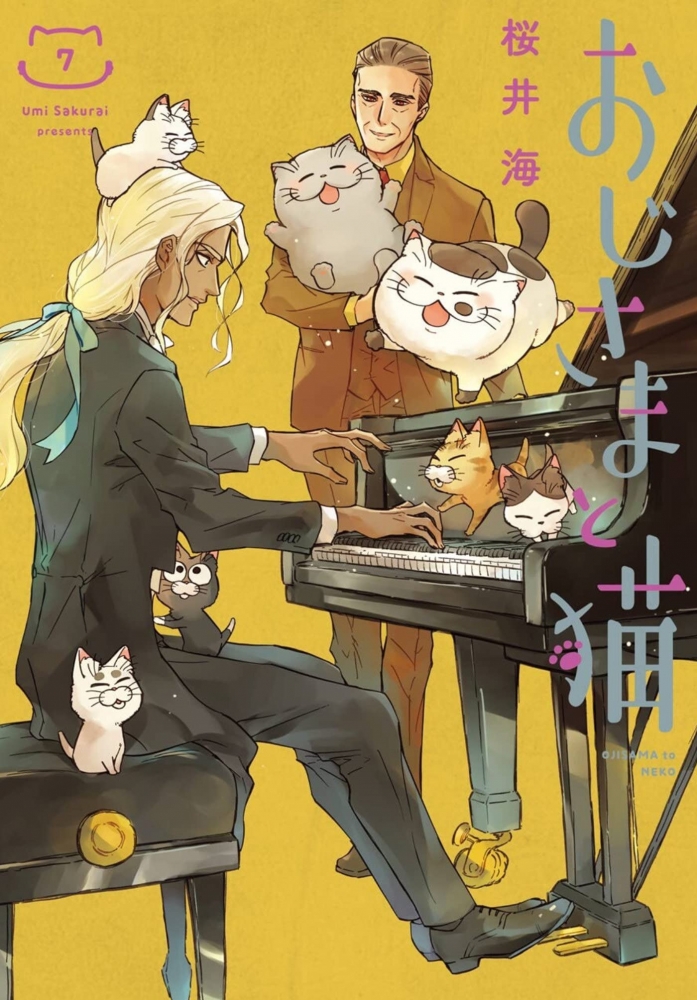 The top manga launch in Japan in the first half of 2018, A Man and His Cat was also voted one of the Top 10 manga of 2018 by Japanese bookstore employees nationwide. Having won hearts and topped charts in Japan, this hotly anticipated series about an older gentleman and his unique, adorable cat is available in English for the first time! Thanks to his gentle nature (and also his cat), Mr. Kanda has had a successful record in winning over antagonists like rival Hibino. But he has yet to meet Geoffrey Lambert, a brilliant pianist with a chip on his shoulder..

. Bitter that his beloved father will acknowledge no one but Mr. Kanda--not even his own son--Geoffrey arrives in Japan with the sole objective of taking Mr. Kanda down! Captive to his long-held obsession and hatred, he gets it in his head to steal Mr. Kanda's talent and become Mr.

Kanda himself! Will Mr. Kanda's kindness (and Fukumaru's charms) be enough to dissuade a fellow pianist who's out for blood?!