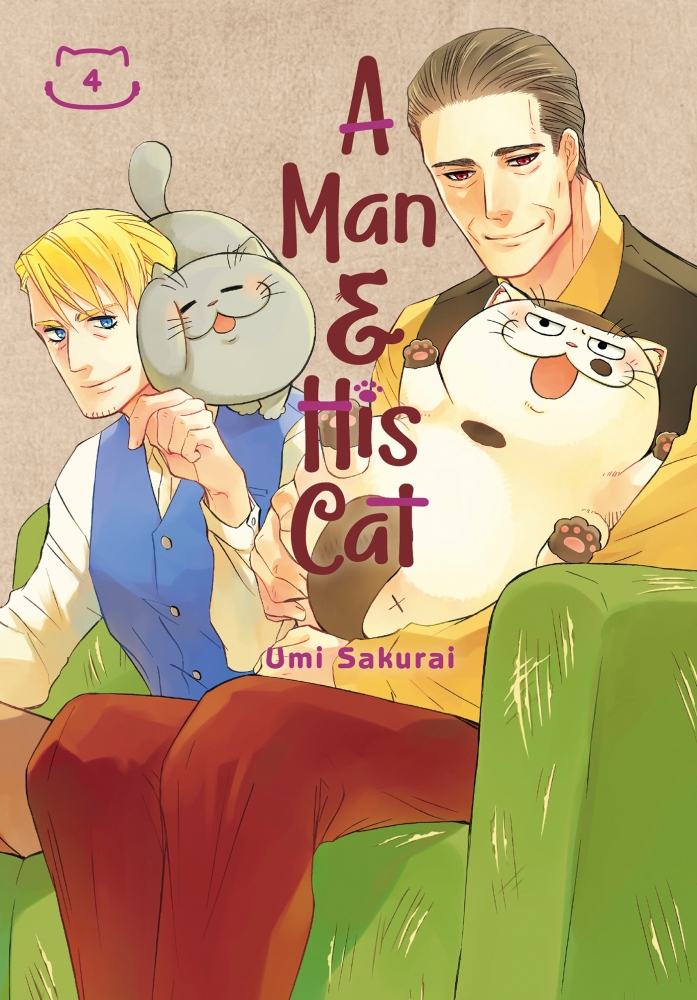 The top manga launch in Japan in the first half of 2018, A Man and His Cat was also voted one of the top ten manga of 2018 by Japanese bookstore employees nationwide. Having won hearts and topped charts in Japan, this hotly anticipated series about an older gentleman and his unique, adorable cat is available in English for the first time!

The kind and elegant Fuyuki Kanda has a lot of fans, not least of whom is his cat Fukumaru! 'surprisingly, however, not everyone sees the gentlemanly music teacher in this light. Hibino, a rival concert pianist, detests Kanda and his genius at the piano. But when Hibino's fickle mother forces a cat onto her grown son, Hibino finds himself with a furry new houseguest and little idea of how to take care of her! A trip to the pet store seems like the place to get a clue, but while there, who should Hibino run into but Kanda! Will the duo of Hibino and Kanda turn over a new leaf in their acquaintance as they bond over the cats in their lives?!