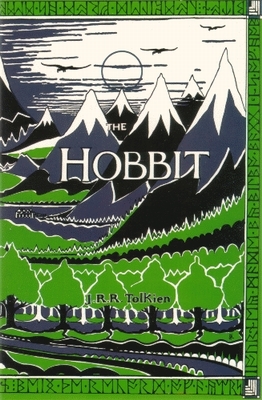 Bilbo Baggins is a hobbit who enjoys a comfortable, unambitious life, rarely travelling any further than his pantry or his cellar. But his contentment is disturbed when the wizard, Gandalf, and a company of dwarves arrive on his doorstep one day to whisk him away on an adventure. They have a plot to raid the treasure hoard guarded by Smaug the Magnificent, a large and very dangerous dragon. Bilbo is most reluctant to take part in this quest, but he surprises even himself by his resourcefulness and his skill as a burglar!

The press:
'Written for J.R.R. Tolkien?s own children, The Hobbit met with instant success when published in 1937. It has sold many millions of copies worldwide and has established itself as ?one of the most influential books of our generation" '
- The Times.

?The English-speaking world is divided into those who have read The Hobbit and The Lord of the Rings and those who are going to read them?
- Sunday Times

?A finely written saga of dwarves and elves, fearsome goblins and trolls?. an exciting epic of travel and magical adventure, all working up to a devastating climax?
- Observer