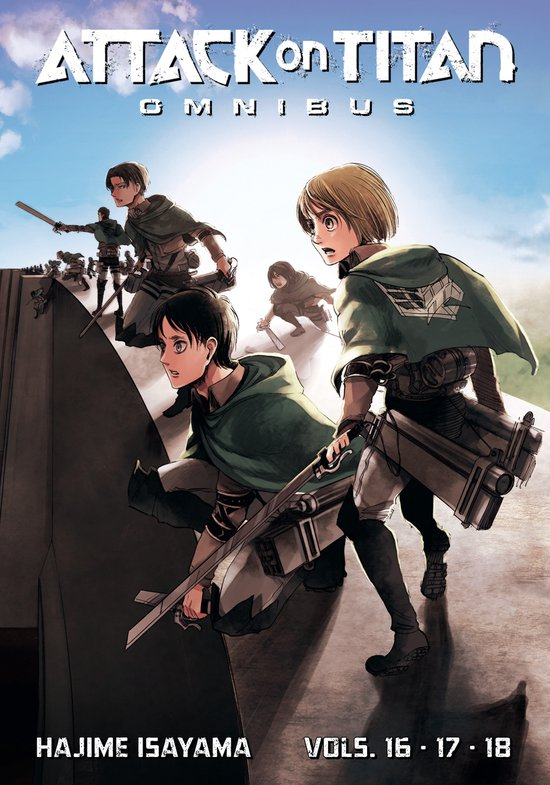 It's never been easier to attack Attack on Titan than with these new, giant-sized 3-in-1 omnibus editions! If you've been waiting for the final anime season to check out the do-or-die shonen adventure that defined a decade, now's your chance. These new books tuck almost 600 pages of manga behind a specially-embossed cover, all in a larger size than the regular version. Includes Vol. 16-18 of Attack on Titan.

Captured by Rod Reiss, the rightful king, Krista and Eren finally have their memories back. What exactly happened to Eren, and what was the crime his father committed? Meanwhile, the 'survey Corps desperately hunts for Eren, while at the same time seeking to legitimize their military coup. As the situation inside the walls comes to a head, the mysteries of the world of the Titans seem on the cusp of being solved at last!