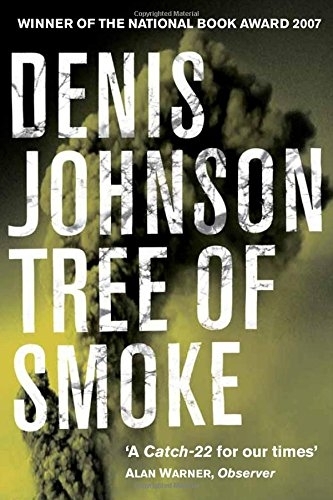 "Tree of Smoke" - the name given to a 'psy op' that might or might not be hypothetical and might or might not be officially sanctioned - is Denis Johnson's most gripping, visionary and ambitious work to date. Set in south-east Asia and the US, and spanning two decades, it ostensibly tells the story of Skip Sands, a CIA spy who may or may not be engaged in psychological operations against the Viet Cong - but also takes the reader on a surreal yet vivid journey, dipping in and out of characters' lives to reveal fundamental truths at the heart of the human condition. 'A "Catch-22" for our times' - Alan Warner, Books of the Year, "Observer". 'The God I want to believe in has a voice and a sense of humour like Denis Johnson's' - Jonathan Franzen. 'An epic of drenched sensuality and absurdly chewable dialogue, as though Don DeLillo and Joseph Heller had collaborated on a Vietnam war novel' - Steven Poole, Books of the Year, "New Statesman".