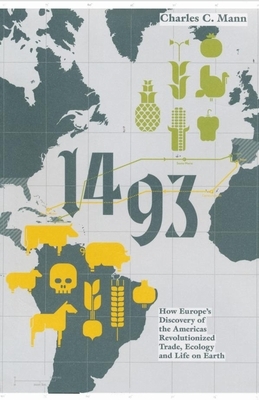 Two hundred million years ago the earth consisted of a single vast continent, Pangea, surrounded by a great planetary sea. Continental drift tore apart Pangaea, and for millennia the hemispheres were separate, evolving almost entirely different suites of plants and animals. Columbus's arrival in the Americas brought together these long-separate worlds. Many historians believe that this collision of ecosystems and cultures-the Columbian Exchange-was the most consequential event in human history since the Neolithic Revolution.

And it was the most consequential event in biological history since the extinction of the dinosaurs. Beginning with the world of microbes and moving up the species ladder to mankind, Mann rivetingly describes the profound effect this exchanging of species had on the culture of both continents.